No matter how you slice it, Thanksgiving is a pie lovers paradise! It doesn’t matter how much turkey, stuffing and green bean casserole you consume, there will always be room for pie. As you plan your dessert menu, we’ve compiled a few tidbits of trivia to cover everything you’ve ever wanted to know about pie.

Approximately $700 million in pies (approximately 186 million units) are sold in grocery stores every year. This does not include restaurants, food service or price clubs. Only grocery stores! If you lined up the number of pies sold at U.S. grocery stores in one year, they would circle the globe and then some.

According to a 2008 survey by Crisco® and American Pie Council:

Pumpkin pie was first introduced to the holiday table at the pilgrim’s second  Thanksgiving in 1623.

Pie was not always America’s favorite dessert – in the 19th Century, fruit pies were a common breakfast food eaten before the start of a long day.

According to a 2008 “Pie Slice of Life” Survey, conducted by Schwan’s Consumer Brands North America, Inc., Carol Brady of The Brady Bunch was picked by 40% of survey respondents as the TV mom that would bake the best pie.  The Cosby Show’s Claire Huxtable was second with 22%, Desperate Houswives’ Bree Van de Camp was third with 16 percent, Everybody Loves Raymond’s Debra Barone was                      fourth with 13% while The Simpsons’ Marge Simpson came in fifth with 8%.

The same survey also revealed that when asked “Who Makes the Best Pie?,” Mom rates highly (27%), and store bought convenience pie came in a close second with a 26% slice of the pie – beating out Grandma who garnered 17%.

The first mention of a fruit pie in print is from Robert Green’s Arcadia (1590): “thy breath is like the steame of apple-pyes.”

Oliver Cromwell banned the eating of pie in 1644, declaring it a pagan form of pleasure.  For 16 years, pie eating and making went underground until the Restoration leaders lifted the ban on pie in 1660.

The wealthy English were known for their “Surprise Pies” in which live creatures would pop out when the pie was cut open.

At one time it was against the law to serve ice cream on cherry pie in Kansas.

“As easy as pie” is an American expression.  In the 1890’s, “pie” was a common slang expression meaning anything easy, a cinch; the expression “easy as pie” stemmed quite readily from that.

The airplane Buddy Holly died in was named the “American Pie.”

Boston Cream Pie is a cake, not a pie.

Pies are favorite props for humor, particularly when aimed at the pompous. Throwing a pie in a person’s face has been a staple of film comedy since the early days of the medium, and real-life pranksters have taken to targeting politicians and celebrities with their pies, an act called “pieing.”

What Others Are Saying 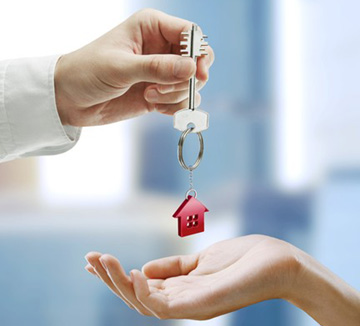 First Holidays in Your New Home

Benefits of Buying Before the End of the Year